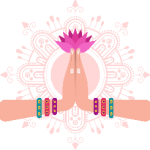 World famous pilgrimage Baidyanath Dham is situated in the district headquarter of Deoghar in the state of Jharkhand. Of the revered twelve Joytirlingas it stands at the fifth position. In ancient time this land was very pious and picturesque. It is inscripted in Shiv Purana as Haritaki or Ketaki wood. A prevalent story goes on to state, that heart of Sati had fallen here. Which was happened as the dead body of Sati was dissected by God Vishnu with his Sudarshan Chakra. In this way Shiva and Shakti are conjugally immanent in this Joytirlinga.

The Matsyapuran narrates the place as Arogya Baidyanathitee, the holy place where Shakti lives and assists Shiva in freeing people from incurable diseases. This whole area of Deoghar was under the rule of the Kings of Gidhaur who were much attached with this temple.

While there are several such legends associated with this sacred land, history too proves its importance. A mention of the temple can be found from 8th century AD, during the rule of the last king of the Gupta dynasty, Adityasena Gupta. During the Mughal period, Raja Man Singh, the ruler of Amber, is said to have built a pond here, which is known as Mansarovar. The temple faces the east and is a plain stone structure with a pyramidal tower, which is 72 ft high. Atop it are three compactly set gold vessels, along with a Panchshula (five knives in a trident shape). There is also an eight-petaled lotus called Chandrakanta Mani.

Mythology:
According to mythology during Baidyanath Joytirlinga transportation by demon king Ravana to Lanka, mid way on his route was this holy land. As depicted Ravana had got this Shivalinga as boon by offering extreme meditation and had he installed this Joytirlinga in Lanka no would have been succeed in killing him. Due to Ravana’s cruelty lord Shiva handed over the Joytirlinga to him on the condition that if he would ever put the Jyotirlinga on the ground, it would not be possible to lift it again. During the course of his journey, with the intent to create hurdles, deities got water and lord Barun entered into Ravana’s belly and with its effect Ravana felt pee experience and was compelled to land for being free from natural call. He landed down his Puspak Vimana and gave the Joytirlinga to a nearby herd boy who was lord Vishnu in disguise. After having been freed from natural call as Ravana came to take Joytirlinga, he was astonished to see that herd boy had disappeared and the Joytirlinga was put on ground. As per conditions Ravana could not lift the Joytirlinga after making so many attempt. Consequently with extreme anger he thrusted the linga with his thumb and went away. In original Joytirlinga the mid part of it was warped.

How to Reach:
Baidyanathdham is located between 24.4852 degree north and 86.6948 degree east. From Jasidih junction, it is 06 km away; which is on under Howrah-Delhi broad gauge line. To reach by Air, the nearest airports are Kolkata, Patna & Ranchi, those are respectively 280 km, 350 km & 300 km away from Deoghar, from where pilgrims can avail train, bus & taxi services.

Nearby Places:
In the surrounding of Baidyanathdham there are so many religious and tourist places namely Harilajori. Tirkut Parvat, Nandan Pahar. Nawalakha Mandir. Rekhiya Asharam, Tapowan, Satsang Nagar, etc. These places are gifted with natural glory by the God and pilgrims can have heavenly reminiscence by on looking its scenes.